We would like to offer our sincere support to anyone coping with grief. Enter your email below for our complimentary daily grief messages. Messages run for up to one year and you can stop at any time. Your email will not be used for any other purpose.

Share a memory
Obituary & Services
Tribute Wall
Read more about the life story of Marianne and share your memory.

Marianne Louise Wetteland was born April 12, 1938, in Portland, Oregon to Clifford Wetteland and Margaret Leona Stratton, and raised by her mother and her beloved uncle, William “Bill” Hacker. She graduated from Washington High School and worked for her uncle Bill as an office assistant and accountant at P&C Tool Company. She continued her career preparing tax returns for several family run CPA firms in Milwaukie, Oregon,  and as the Office Manager for Mason Supply Company.

She married the love of her life, James Alphonse Cox, in 1960  and settled in Milwaukie, Oregon, where they spent the entirety of their married life together. They raised three children: James, Denise, and Michelle. They were loving parents who devoted themselves to the education of their children, inspiring them all to follow their dreams, and were forever supportive of all of their endeavors. If there was a sports event, scouting outing, music concert, or theatrical performance, it was a safe bet they would be there in the bleachers or auditorium cheering their kids on.

It’s no exaggeration to say that Marianne enjoyed being the life of the party. She and her husband Jim had a close-knit group of friends in the Milwaukie area that enjoyed RV camping outings to state and national parks, breakfast get-togethers at The Bomber or Hales, and dining and dancing into the wee hours at the Milwaukie Elks Lodge. She enjoyed chronicling these events with a seemingly endless number of snapshots, some of which were compiled into tens of dozens of scrapbooks.

Marianne loved being around young children. In her retirement years, she served as a nanny to several of the grandchildren in her circle of friends, and the joy of her life were her two biological grandchildren, Alicia and Haley Anderson.

Marianne passed away with family at her side on Friday, January 13, 2023, after a steady physical and mental decline during the past decade. Marianne is survived by her son and daughter-in-law Jim Cox and Brenda Nuckton, her daughter and son-in-law Michelle and Larry Shelton, her daughter and son-in-law Denise and Kevin Anderson, and her granddaughters Alicia and Haley Anderson.

The family would like to extend our gratitude to the staff  at Deerfield Village, Friendship Health Center, and Signature Hospice that provided so much caring and compassion in her final years.

No formal memorial service is planned at this time. The family encourages memorial gifts to St. Andrew’s Nativity School, Oregon Food Bank, or an education of social service nonprofit organization of your choice.

To send flowers to the family or plant a tree in memory of Marianne Louise Cox, please visit our floral store. 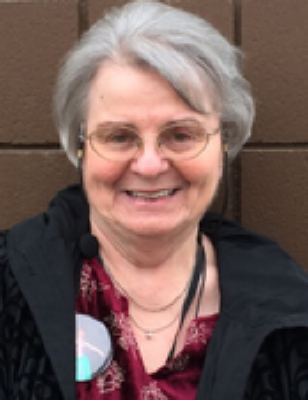 Look inside to read what others
have shared
Family and friends are coming together online to create a special keepsake. Every memory left on the online obituary will be automatically included in the book.

Look inside to read what others have shared

Family and friends are coming together online to create a special keepsake. Every memory left on the online obituary will be automatically included in the book.

You can still show your support by sending flowers directly to the family, or by planting a memorial tree in the memory of Marianne Louise Cox